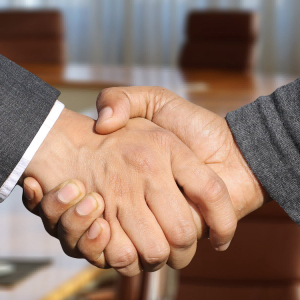 Ripple’s array of partners continues to expand as Coinone joins RippleNet. Another Day, Another Partnership According to an announcement from the Ripple team, Coinone Transfer — a subsidiary of Coinone — has officially joined RippleNet. The payments business is set to use xCurrent, Ripple’s increasingly popular blockchain solution for cross-border payments and settlement. Coinone is one of Korea’s largest exchanges for digital assets and is now poised to become the country’s first to utilize RippleNet.Read MoreThe post Coinone Joins RippleNet Amid Claims That Ripple ‘Is Trying to Build a Private Central Bank’ appeared first on Bitcoinist.com.